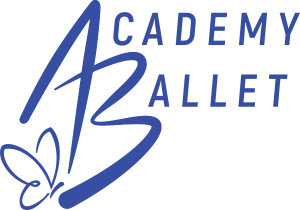 Especially those you cannot see.

But it is. It consumes your very being and you become a shell of yourself.

I didn’t understand chronic illness until I suffered for years with one. One that nobody could see. One that very few people understood. One that most people (including me) thought only happened in third world countries.

On the 9th June 2014 I stood up & wet myself. I giggled hysterically & announced to Lawrence & Dion that I’d either wet myself or my waters had broken. Then came small contraction came so we knew our baby was coming. And she (well ‘it’ at that stage we didn’t know she was a girl) was coming 3 weeks early. 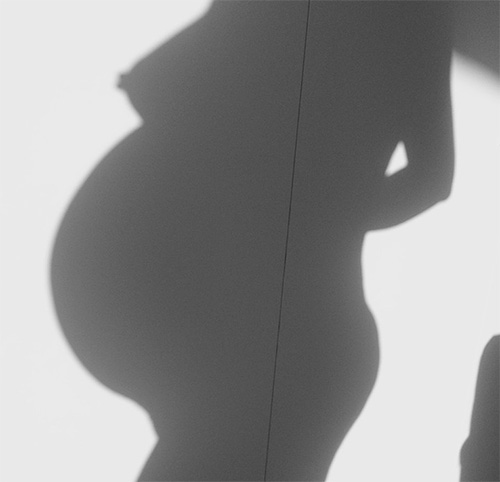 It was all pretty calm. We packed a bag (no I hadn’t prepacked my bag) & headed off to the hospital. I texted my family on the way because for me my family’s support is everything.

We checked in & it was pretty quiet. Contractions came and went. We nervously have waited for more stuff to happen.

I don’t remember much of that night.

I remember contractions that made me decide to ask for an epidural which blissfully came just after midnight (don’t ask how much an anesthetist costs on a public holiday in the middle of the night!!). We then both slept for 5 hours or so. I remember my sister arriving & feeling relieved she was support for the support (aka Lawrence).

And after pushing for quite some time I remember my obstetrician arriving. I was delighted to see him.

I was pushing, her heart rate was erratic, she wouldn’t budge. He tried forceps but she was stuck. He performed an episiotomy (a pretty way of slicing someone in half) but still no baby. Then suctioned her out.

I vividly remember the squelching noise she made as she hit my body. She was ok. She was a she!!!!! She was my girl.

My OB then spent a loooooong time stitching me up. I had a sashimi lunch, a Kit Kat and my family visited me. It was a looooong time. 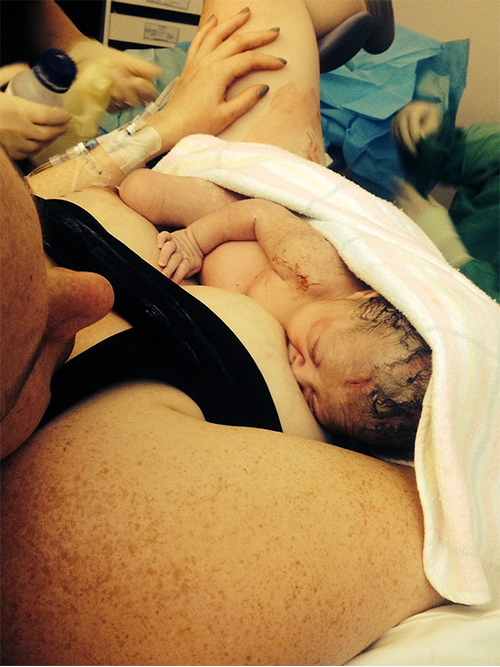 I was put into critical care (where there were, oddly, no midwives just nurses so I didn’t actually feed Ash that night & nor did it occur to me). I was by myself all night receiving some sort of transfusion and I was confused.

Fuck. Healing was hard. Every time I went to the toilet I thought I was going to break. I literally held on as long as I could all the time. I cried rather than going.

I was in pain all the time. And I thought that was completely normal.

I thought everyone had the same delivery and the same healing period. I remember wondering how do women do this over & over again if this is what you go through.

I wish someone had told me my labor was traumatic.

I wish someone had said, that was hard & you should take the time to heal yourself physically and mentally.
Instead I launched a full scale ballet production for over 200 kids.

And when a lump appeared I literally thought this was just another thing that happened after labor. Plus I was already dealing with a crippling tendon injury in my wrist, I was due to have surgery for that and that was enough to deal with.

The lump turned into a cyst. The cyst grew painful. My GP lanced it (um…. yep pain). It closed, grew again, burst again and just became a part of my life. A cycle that kept going.
Then I started getting sick all the time. As someone that’s always worked with kids I’ve developed the best immune system. Kids cough of me and I’m fine, they vomit on me and I’m good, their snot is wiped on me and I’m still healthy. So this was weird.

Finally when Ash was 4, I was diagnosed with a recto-vaginal fistula from an episiotomy that didn’t heal properly. And I was a walking infection.
4 years of fearful toilet experiences finally explained to me.

4 years of inexplicable sickness finally had reason.
4 years chronic pain….I could literally count on my hands the pain free days I had experienced in her life….finally had a reason and I wasn’t just being a wuss.

It was a welcome discovery.

But unfortunately that was just the start.

Over 14 months I had 5 surgeries. All experimental. All maybes. All a complete mind fuck. Physically, painful and difficult. Emotionally, exhausting and draining.

And each time it was a no.

The not knowing was probably worse than the pain. Would I really be expected to live like this forever? (One surgeon I saw did think that was a totally acceptable option…!!!).

There were days when I couldn’t leave the house. Physically getting up was tiring and painful enough. Emotionally I couldn’t human and chose, quite often, not to.

There were days when I felt a little better so ventured out only to have my body fail me completely and I’d have to race home to shower.

And the smell! I was a walking drain (literally!) for most of 2019 and the drainage stank. I stank. My self-esteem plummeted and my sense of myself as a woman, without any exaggeration, died.

And finally, on the 22nd November 2019, exactly 5 years, 5 months & 12 days or one-thousand nine-hundred & ninety-one days after Ash’s birth I had a surgery that completely healed me.

It was a Friday. I was going to take a week off work to recover but by Monday I felt better than I had in over 5 years. Nothing was going to keep me away.

My world had literally bloomed again. My body was mine. My health was mine. I was pain free. I was me!
I write this for 3 reasons